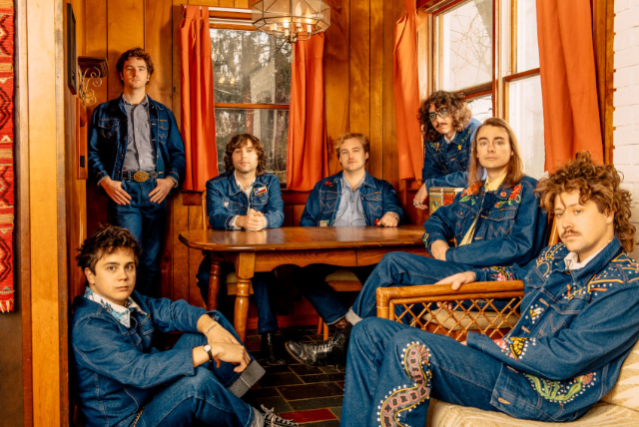 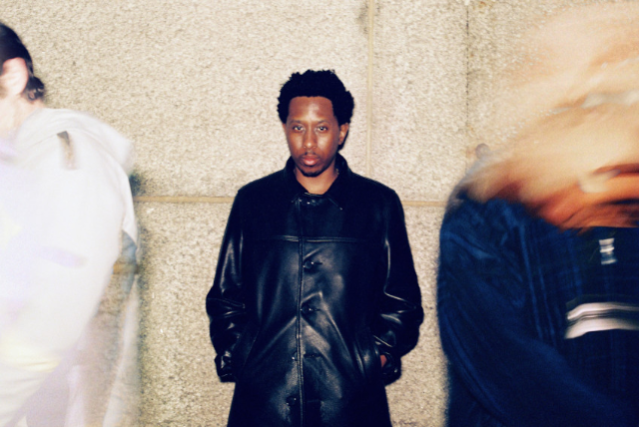 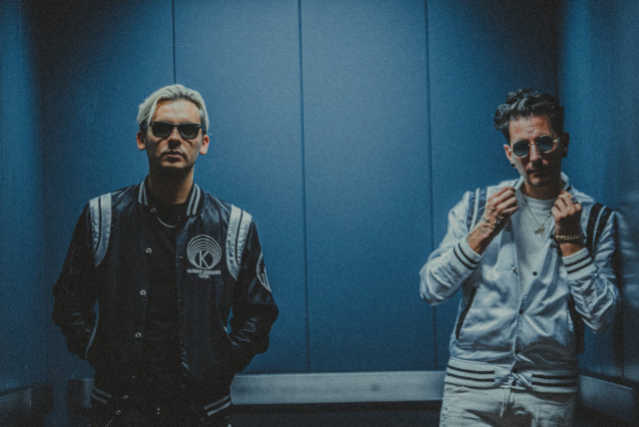 Kasablanca
Buy Tickets
Artists
The Nude Party
For The Nude Party, nearly a decade has flown by in the blink of an eye. In that time, the New York-based band has released a pair of well-received albums, an EP, and played countless shows. Prior to the pandemic, the band was really starting to hit its stride. They had a system in place and were spreading their brand of melodic rock to the masses. In fact, they could count Jack White, Arctic Monkeys, and Orville Peck as vocal supporters, which led to support slots for each. Soon, incredible live appearances at Bonnaroo, Lollapalooza, Newport Folk Festival, and Shaky Knees became the norm.

In late 2020, The Nude Party released its sophomore album, Midnight Manor, which debuted at #1 on the Alternative New Artists Album Chart. The sextet was unable to tour behind it and compared its release to skipping a stone over a raging river. A byproduct was that it showed the band that on their third album, they couldn’t lean on their tried-and-true method of testing out new material live and then hunker down to record.

Instead of sitting around, the band got busy. Setting up shop in their Upstate New York headquarters, the group used the funds they’d saved and spent a year building a studio space out of a barn. Tired of paying for studio time and being rushed, The Nude Party methodically worked at their own pace. Out were the sessions lasting a strict handful of days. In were impromptu writing moments and picking every sound as they went along.

When the band met the Tampa based engineer Matthew Horner, they discovered that they had the opposite problems: Matthew had a collection of incredible gear with no studio and The Nude Party had a great new studio with no gear. So they invited him to move his equipment up to the Catskills to record an album together. Such was the origin of the band’s third album, Rides On.

Unlike their first two albums, The Nude Party decided to produce Rides On themselves. With their new space and the help of Horner, The Nude Party had as much fun creating as they ever had at any other point in their career. The lack of pressure allowed them to record over 20 songs, including some that dabbled in electro-pop and stripped-down country before settling on the final 14 songs.

Rides On, the band confidently says, is their best record. It’s also the most homegrown and the most organic record The Nude Party has created to date. Working on the album themselves allowed for a democratic process where each band member could take a fuller role in producing the songs they wrote. There was some initial trepidation about there being too many cooks in the kitchen. But as is the benefit of owning your own studio space, time was not a factor. In turn, it allowed for the band’s ideas to blossom, everyone’s voice be taken into account and create an exciting, collaborative vibe.

The relaxed atmosphere of the sessions, and arriving with only loosely structured material, allowed the band to thrive in the studio. It also unleashed a diverse sonic texture compared to their previous releases, as best demonstrated by the title track, “Ride On.” Sonically, the song is reminiscent of Sticky Fingers-era Stones, but its lyrics are mini-vignettes where Magee sings about persevering through adversity. The twangy, blues-drenched licks of the title track, the breezy desert dust encapsulated by the ‘70s infused “Hard Times,” the Shaun Couture-led “Sold Out of Love,” the swinging ‘60s garage vibes of “Cherry Red Boots,” which captures the spirit of what The Nude Party are going for — and showcases their growth as a band. As does expanding the band’s sonic palate with a cover of Dr. John’s “Somebody Tryin' To Hoodoo Me.” It would have been easy to stick to the New Orleans musician’s format, but the band showed off their prowess with their own darker, electric version of the deep cut.

The Nude Party coalesced and embraced the spirit of collaboration. They’re excited to begin the next chapter of their career. At a time when it would have been easy to pack it in, the band continues to persevere.
Back to Event List