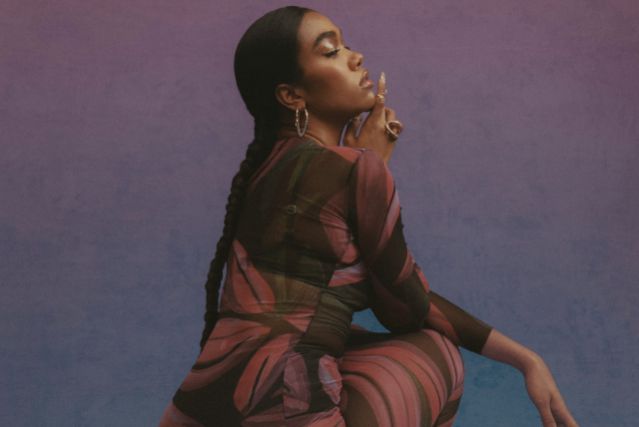 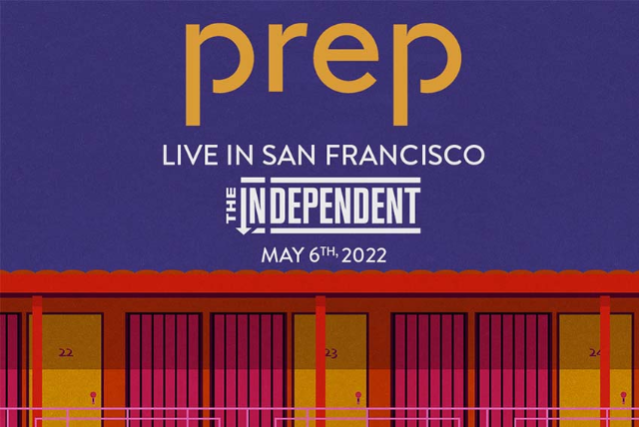 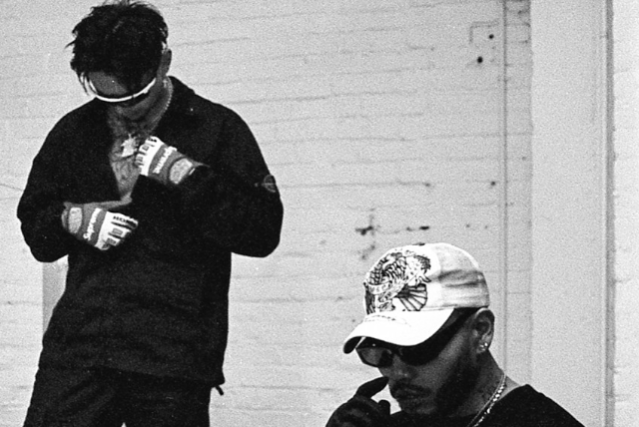 In 2019, Amber Mark was in her bedroom in New York, working through a thicket of feelings. The multi-talented performer couldn’t shake a lingering sense of imposter syndrome. “I was questioning myself a lot, in terms of being an artist, a producer, a singer, a writer. I felt like I could do all of those things, but I couldn’t do any of them really well.” Even with hundreds of millions of streams, a co-sign from Sade and two successful projects to her name by her mid-twenties, she still felt unsure.

And so she poured those worries into the sumptuous, soulful single “Worth It”, which unpacks how quick we can all be to judge ourselves. Its message of self-love serves as a personal mantra for Amber. More than that, its self-affirming outlook anchors her highly anticipated debut album, Three Dimensions Deep, due out on EMI/PMR Records. Her trademark husky vocals blow like delicate smoke over self-produced beats on this breathtaking, sonically diverse body of work that tells a story split into three segments: Part 1: WITHOUT, Part 2: WITHHELD, and Part 3: WITHIN. In the album, she moves from insecurity (part 1) to forced confidence (part 2) to an understanding of her place in the world (closing out, in part 3).

“When I’m writing, I know I’ll always start from the truth, even if I don’t yet know where I’ll end up,” she says. An intense period of self-exploration blossomed out from her bedroom to a group songwriting session in Ojai, California, helmed in late 2019 by her trusted friend, producer Julian Bunetta. She allowed herself to get vulnerable. “There was no stress,” she says, “and it ended up being the best session experience I’ve had.” As a result, she has added to her wildly impressive range of musical genres, textures and modes.

You hear the fruits of that labour in the honesty revealed on Three Dimensions Deep. Amber has never shied away from complicated emotions. She first wowed listeners in 2017 with EP 3:33am, delving into grieving the tragic death of her mother. In 2018, she turned to the intricacies of romantic love on the deeply rich, multi-genre Conexão EP. And throughout 2020 she delighted fans with sensuous, trap-inflected single “Generous”, her Covered-19 lockdown project – a daringly varied collection of covers, plus original “1894” – and Radio 1-playlisted protest song “You’ve Got to Feel” with Empress Of. By early 2021, Amber had added her vocal prowess to UK DJ-producer Paul Woolford’s piano-house bop “Heat”, which stood firm on the UK Official Charts for three months and soared onto Radio 1, Radio 2 and Capital FM’s playlists.

Sheltering in place during the pandemic allowed Amber to stop, and reflect on just how deep this concept album could go. Part 1: WITHOUT, grapples with both career insecurities and the fallout from a breakup. “A relationship I was in was on its way out, and had been for a while,” she remembers. “I became quite co-dependent on the person – it can be so hard to leave.” Track “Healing Hurts” sinks its teeth into this feeling, sending Amber’s voice soaring over sultry, bassy pop-R&B production.

By the next section, Part 2: WITHHELD, Amber is in denial. Emerging from the rubble after the breakup, she avoided the tangle of feelings. Instead, she headed out. The sunny, syncopated pulsation of “Bubbles” encapsulates this quest for escapism as she sings, “I’m going out just to get over.” “‘Bubbles’ starts the whole mentality of pushing aside all these things you’re dealing with, while not really processing them.” The song takes a ‘screw it’ approach, she explains, giggling. “It’s more: ‘Yeah, I’ve got all of this to deal with but I’m going out tonight, I’m getting wasted with my friends – let’s go.’ It’s almost a forced confidence.” Listeners may well recognise the emotional suppression and avoidance that can come after a trauma – a self-preservation mode sets in.

And so, to Part 3: WITHIN. In the quiet of lockdown, Amber started to think about not only her feelings, but the wider world. She was ready to face up to what had initially been too overwhelming. “Everything was so raw and unavoidable” during the summer of unrest after the murder of George Floyd by a police officer. “I went looking for answers about how life could be so full of suffering.” And after she failed to find closure in the words and actions of politicians, “I went to this weird, trippy place that ignited me wanting to understand what the universe is.” Amber dove into a quantum physics YouTube wormhole, coming out on the other side with a renewed sense of perspective.

“I had taken this album to such a spiritual place, and when I was watching those YouTube videos I had this ‘a-ha’ moment.” She suddenly saw a parallel link between the spiritual and the scientific. She realised how, whatever your personal beliefs, we’re all looking for a sense of belonging and the comfort borne from living with purpose. In Part 3: WITHIN, “Competition” eases into this place of acceptance, pairing deliciously layered vocal harmonies with boombap percussion and forward-thinking lyrics. “It’s about how we can all win – I don’t have to compare myself to other people”, she sums up.

She isn’t pretending to neatly have life all figured out, though. “I don’t feel like I’ve had my a-ha moment, reached enlightenment and now I have all the answers. Definitely not!” She laughs. “Part 3 of the album became this way for me to say, ‘it’s OK that you have these moments, that you struggle at times. You just need to realise that’s fine – you can sit with those moments.’”

So much of this debut’s reflective maturity and musical ingenuity is rooted in Amber’s upbringing. She lived an unconventional early life, spending a nomadic childhood with her free-spirited mother Mia Mark, after being born on a “spiritual midwifery farm” in Tennessee. The family moved every few years, imbibing the sounds, textures and cultures experienced between Munich, Goa, Berlin and Nepal, before ending up in New York and Miami as a Amber hit adolescence. Mia, an artistic music-lover, was her anchor. She scraped together the money for Amber’s first guitar. They were a team. Since her mother’s passing in 2013, their connection has remained strong.

And so throughout the album, Amber weaves in gentle homages to Mia. Opener “One” homes in on the career insecurities that had first manifested in Amber’s imposter syndrome. “I’m singing this one to my mom, asking if I’ll ever get to the goals I have in mind. The chorus has a lot to do with that.” Meanwhile, “Out of This World” is written from her mother’s perspective, offering the nourishment of support. For “Healing Hurts”, Amber drew on the stages of grief she had previously explored on 3:33am. “I’d been going through that breakup,” she says. “And knowing from the past experience of losing my mom, I wanted to talk about how much you realise that time is the ultimate healer. It’s OK to be in pain; that’s what’s going on. You take it day by day, and with time you realise that you adapt. Eventually, somehow, you move on.”

Three Dimensions Deep sweeps between sparkling keys, buzzing synths and insistent rhythms woven together by Amber’s stunning, expressive voice. As ever, she explodes notions of genre, pulling from wah-wah funk in one moment to classic 90s R&B and disco-slick pop the next. She jokes about being “a sucker for some tablas” and a reggaeton-like beat – it would have been easy enough to stick to a comfortable, familiar set of sonics. Instead, she takes risks.

Really, Amber had to face her fears head-on to sound more fearless than ever. “I still get anxiety sometimes, and now it’s almost like I have something to help me get through those moments,” she says. “The album was like therapy to me; it was a release.” She found her way through the web of self-doubt. She found her voice.